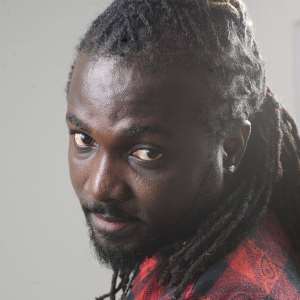 Andy Odarky of TV3’s Mentor 1 fame has said that Ghanaian actor and musician, Kwadowo Nkansah, popularly known in entertainment scenes as Lil Win, of claiming ownership of his song, ‘Ayeyi”.

Andy, who is the CEO and founder of Firehouse Music released a press statement two days ago, threatening to drag the Lil Win and his team at Weezy Empire to court, if the right thing is not done.

According to the press release, Andy is the writer of the song, however, the circulating single has captured Lil Win as the owner, featuring Andy.

However, Andy in an interview with Sammy Flex of Zylofon FM’s Showbiz Agenda has maintained his claim for ownership of the song.

“I am the owner of the Ayeyi song. Lil Win does not know how to compose songs so he should stop claiming my song”, he stated.

He explained that, “Ayeyi” was recorded when preparations to be signed on by Weezy empire was underway, however, it could not come off because of an indifference between himself and Lil Win.

However, because the signing could not come off, the song does not belong to Weezy empire, hence they have no right to release it without my approval.

“We had a misunderstanding so the signing could not hold, hence, my song comes to my label. He has released an audio and a video without my consent”, he added.