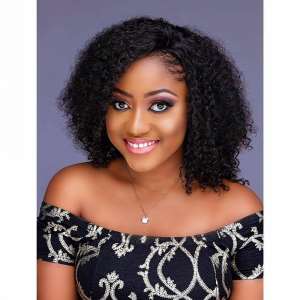 Yes, Ghana’s leading Media Company, Media General, is at it again and there seems to be no end in sight to these appointments. It has been officially confirmed that Ghanaian television presenter, Anita Akua Akuffo has joined Media General.

In the coming days, the Bachelor of Arts in Communication Studies graduate of the Ghana Institute of Journalism will be introduced as the host of a yet to be launched talk show to air on TV3, the number one television station in Ghana in 2019 as per the GeoPoll ranking.

Prior to joining Media General, she worked at GhOne Television owned by the Excellence in Broadcasting (EIB) Network as a News Anchor and Reporter. She has also hosted several events including the prestigious Miss Malaika Ghana Beauty pageant for three years, Golden Movie Awards, Mr. Model Ghana, Miss International Ghana, and Bass Awards.

Ms. Akuffo is passionate about social impact and helping the underprivileged in society and has volunteered in community and human capital development initiatives.

She has also been involved in projects by several brands in Ghana and beyond, including GTP Ghana, Verna Natural Mineral Water and Infinix Ghana.

The former Miss Malaika contestant and host of Fashion Gh on GhOne television, has expressed her willingness to contribute her quota to keep Media General as the leading Ghanaian media company.