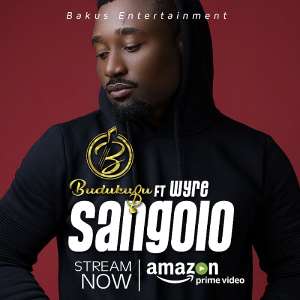 Budukusu’s single Sangolo, featuring Wyre, will air February 6, 2019. The audience will gravitate to this as his fans have enjoyed his other hits such as “Wind and Go Low,” “U Too Bad,” and “Baby” to name a few. These songs are just a sample of the versatile compilation he has created while with his management team, Bakus Records and Entertainment; and MIH Cultainment.

Budukusu was born in Ghana. He is considered the fastest rapper in Ghana and the inventor of tongue twisting in Twi, his native language. He is an accomplished songwriter and is well-versed in multiple genres such as rap, dance hall, pop, and many more. During the early stage of his musical career, he was instrumental in combining Twi and Root African vibes which later became his own genre called Tongue twisting.

To remain in line with his versatility, a rebranding took place, going from Quata Budukusu to Budukusu. Continuing with his stellar management team, they collaborated with Aflik TV and Media Today Agencias their new media partners to handle all aspects of the rebranding, marketing, and promotion, as well as a new website, budukusu.com , to keep up with his tour dates and upcoming projects.

Budukusu is well received in Ghana, Kenya, South Africa, many other African countries and the US, and therefore wish to capture hearts worldwide by featuring Sangolo on Amazon Prime as a way of casting the net wider. Not only will his single, Sangolo, featuring Wyre be featured on Amazon Prime, but Budukusu also did the soundtrack for an upcoming Nollywood movie, SADE.

Bakus shares, “we want other cultures to enjoy the versatility. Budukusu is the only musician to record a13 tracked album on the same rhythm, and we will love for people to check that out. We knew Aflik TV, and Media Today Agenci would be a great partnership”.

President and CEO of Aflik TV state, “We have many talented musicians we want to help expand their fanbase. It was a great synergy to connect with Bakus Records and Budukusu.”

This project was a collaboration with Kofi Bannerman, President of Restless Media.

About Aflik TV
The company has over 5,000 movies in distribution and over 10,000 in its portfolio. They are one of the largest producers and distributors of Nollywood movies and African inspired content. You can view their content on several major video stream platforms such as Amazon, Netflix, iTunes, Hulu, HBO, and Vudu.