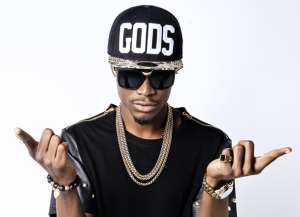 The maiden edition of the Ghana Entertainment Awards was held last Saturday, May 20 at the Florence Gould Hall Theatre in New York in the United States of America, where many Ghanaian showbiz personalities were honoured.

E.L picked the best album of the year award at the event.

He recently won the Afro-pop song of the year award with his popular song titled ‘Kaa Bu Ame’ at this year’s edition of the Vodafone Ghana Music Awards (VGMA) held on April 8.

Some of the award winners include Shatta Wale, DJ Mensah, Okyeame Kwame, Efya, Liwin, Van Vicker, Yvonne Nelson, Medikal and a host of others.

The night saw performances from BP (Bright, formerly of Buk Bak and Promzy, formerly of VIP), E.L, Efya and a host of others.

There was a historic performance from E.L who thrilled fans with most of his hit songs, including ‘Kaa Bu Ame’.

The event is going to be held annually to celebrate and appreciate pioneers in the showbiz industry in Ghana and to reward individuals who have raised the standard of the industry in the country in diverse ways.

The event was hosted by Samini and Haillie.
By George Clifford Owusu