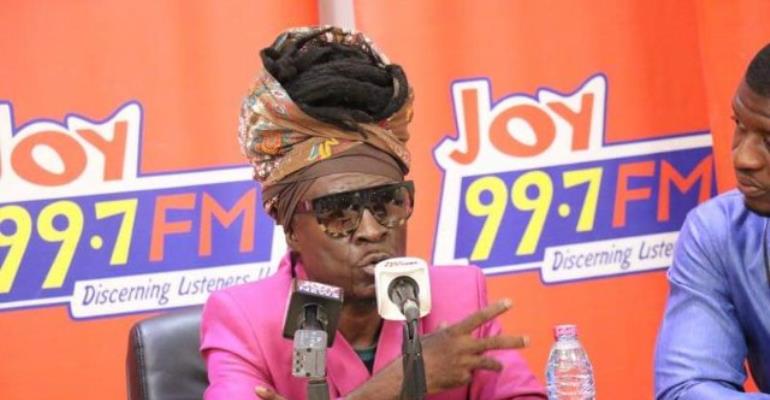 Kojo Antwi, is asking his fans to determine his fate in the ongoing comparison between himself and Daddy Lumba.

Recently, the long-lived comparison of the musical prowess of the two veterans, Daddy Lumba and Kojo Antwi generated heated arguments on social media.

Reacting to the debate in a conversation with Joynews’ MzGee, the Tom and Jerry hitmaker alluded such debate was healthy.

“It is good for the industry. I have a lot of respect for Kwadwo Fosu [Lumba], he is a brother, I believe God has a purpose for bringing him here the same time as me. I respect him because with Kwadwo Fosu, Nana Tuffour, Amakye Dede, George Darko we were able to breathe life into Ghanaian music”.

Kojo, also referred to as the ‘Music Man’ denied stating he does better songs than Daddy Lumba. He says that’s an assertion that should be left to the fans. He added that time will also vindicate the better musician.

“I think that is for the fans to judge. I don’t think I said I do better songs than him. When it comes to what I do, I have a different target and he may have his own different target and it is not up to me to judge that my songs are better than him or vice versa. I try as much as I can that I don’t allow the media to create some kind of rivalry between us because we have existed in this industry for two decades…It is for the crowd to judge or time will judge us.”

Make a date with Kojo Antwi on February 14 at the Kempinski Hotel for Joy FM’s Lovers Dance Night.